Described as accessible dark, Promo's typical rough sound is known worldwide thanks to unique bass kicks and the catchy hook he gives to his productions. From File to Type and past Thunderdome anthems, Promo has been a key-factor in the never ending revolution that is today's hardcore scene. A force to be reckoned with.Promo (Sebastian Hoff) came into contact with the hardcore sound and started DJ-ing in 1992. In those years he listened to house, hiphouse, and hiphop. Promo: 'Especially with hiphop my preference went out to the roughness, darkness, and toughness of for example Public Enemy and NWA. After that, the step to Hardcore was easily made. I grew into it automatically'. His passion for Hardcore only increased when he heard the music from Germany, Italy, and Scandinavia.After several small parties, Promo was ready to perform for the first time on a large event. 'The first time I stood in front of a really big audience, was on the Birthday Party of Erick E in the Palace in Zaandam. It was impressive to play for the first time for 2000 people'. In the meanwhile, Promo has played in the Rex Club in Paris and next to Carl Cox in the Sports Arena in LA. Moreover, he has demonstrated his mixing skills on major festivals like Defqon, Mysteryland, and almost in every important club. In 2004 he closed of Sensation Black what Promo calls 'one of the milestones' in his career.Next to DJ-ing, Promo himself started to produce in 1995. In spite of having not much studio equipment, he was convinced that one could make better quality productions than that he heard in general. 'I was standing on the dance floor and thinking: why do you play this record?, or 'this is the one.' 'This way I got more and more convinced that I knew what was the right sound; the sound I wanted to hear myself'.The sound of Promo is paradoxically described by him as 'accessible dark'. Promo's typical rough sound is known thanks to the catchy hook that he can give to his productions. One of the most characterising elements of Promo's work is his Basskick on which he worked on for years and is imitated and sampled globally. This indicates the influence and importance of his productions on other producers worldwide.In the spring of 2007 Sebastian Hoff linked his artist-name to a large scale event for the first time. In the shape of Q-Dance Promo had found a partner which could realize 'The Resistance Below'. A carefully chosen subtitle symbolizing the rebel approach which characterizes Promo. With an impressive production, interactive elements and a list of next generation deejays, Promo's beloved music genre got what it deserved at the HMH, Amsterdam. After the successful first edition, the sold-out 'Shadowbox' followed in 2008 and a year later 'Sound System Command'.Like his alter-ego Rude Awakening whom performed at Awakenings and 5 Days Off, Promo used both hands to grab the chance to play at the Lowlands festival in the summer of 2008. Even with past horror stories still hanging around, he won over many skeptics with his raw and up-tempo sound. A follow-up was imminent and so in 2009 Promo received the invitation to perform on one of the main stages of the festival.Promo wouldn't be Promo if he didn't fill in this opportunity just a little bit different than people might expect. 'Last year's set I wouldn't be able to top anyway.' And so Promo Live was founded, a genre crossing electronic live set. A cooperation between Promo and artists from the Top Notch label, house to some of the best Dutch hiphop acts. A long cherished wish of Sebastian to work together with rappers became true. Hardcore versus hiphop, and then some. Next step: an album at Top Notch. After two teaser EPs, of which one was presented with a release-party at the MTV Studios during the Amsterdam Dance Event, the album 'Stijlloos' followed in the summer of 2010.In the meanwhile Promo has continued producing numerous hardcore tracks and remixes, and is strongly motivated to keep doing so while inspiration remains high. 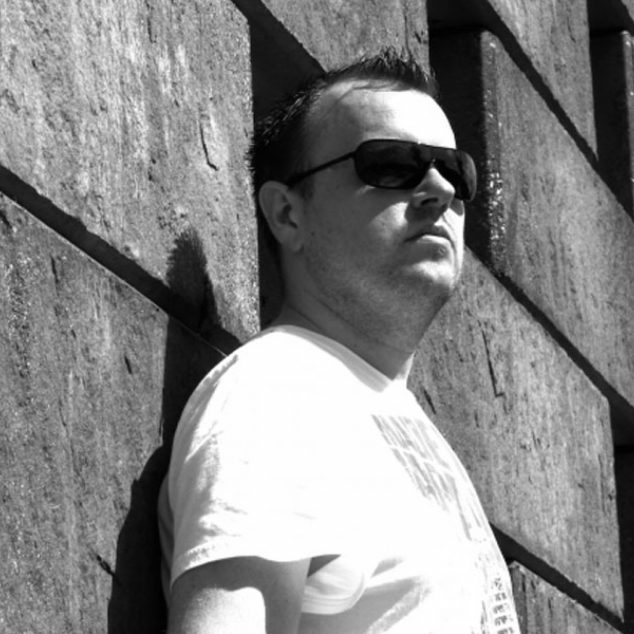