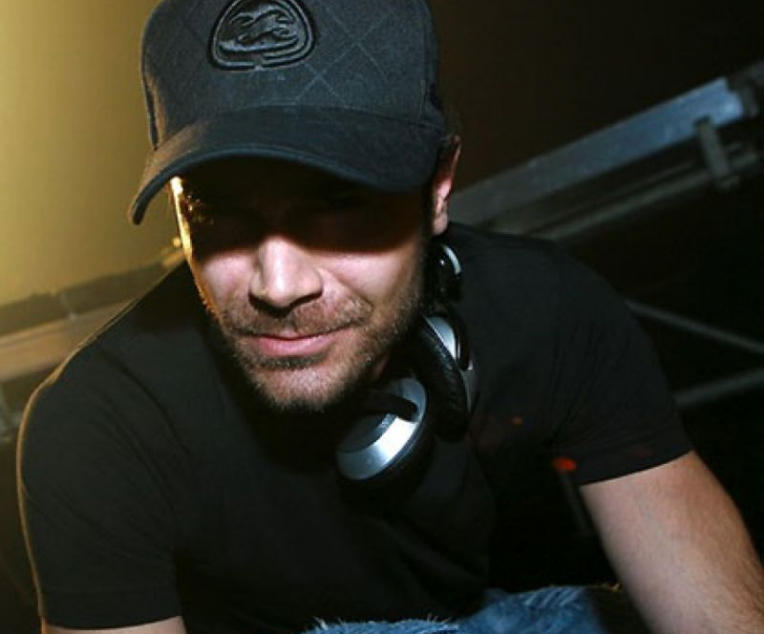 Tommy remembers in this way his first contact with hardcore music "during the summer '94 I was at a private party and the atmosphere was surely not hardcore, there were fashionable people and commercial music was being spinned. Suddenly a friend of mine put the needle on a Lenny Dee & Dj Paul's record...a shout...a guitar and a fat kick...I had never heard that sound before...since then everything started". In that period only illegal raves, clandestine parties organized in abandoned locations, had dancefloors that were able to propose that sound in Rome "The atmosphere of those parties was unique... they used to get a shed, put a massive sound system and few lights in it. No advertising, no Internet but guess what? 2000 people, aware of their illegal acting, were always ready to party till the end". In '95 Tommy started spinning hardcore in his city. He was one of the first who propose that sound performing in clubs and then as resident in various Romans events. In '98 his wish to play his tracks during his sets made Tommy buy a pc, a sampler and a synth, and he begins to work night and day... One year later his first release "The realm" is ready. Tommyknocker starts performing at international events "Street parade 2000 in Zurich was the first big event were I took part as a DJ: I was there close to the big names of the scene, ready to rock thousands of people but the needles were skipping all the time...I was so nervous...as supposed the needles skipped but everything went good...I will never forget it". His next releases improved Tommy's popularity: Austria, Belgium, Canada, France, Germany, England, Holland, Slovenia, Spain, United states and Switzerland came infected by his sound and his catchy performances "When I spin I try to give the same energy that I get from this music directly to the crowd, sometimes I get involved so much during my sets that I start dancing! My music selection is various, I try to propose a bit of all the hardcore styles that have been developed for 10 years. I prefer smashing kicks, distorted melodies and aggressive vocals that make the difference". Thanks to tracks such as Demolition, Revolution, The Aftermath, Tommyknocker became a guarantee of hardcore sound made in Italy. In 2003 Tommy moved to Belgium "Rome couldn't give me more. Moving to Northern Europe was a necessity". Now Tommy lives in Bruxelles, he performes regurally at the biggest events of Planet Earth: Masters of Hardcore, Nightmare in Rotterdam, Megarave, Hellraiser, Energy, Streetparade, Love Parade, Decibel, Raving Nightmare, Goliath, Odyssey and many more; you can find his music all over the most important compilations of the hardcore scene, collecting hundreds of licenses all over the world. He has collaborated with many top artists such as: DJ Paul, Impulse Factory, The Viper, The Stunned Guys, Evil Activities, Neophyte, The Headbanger. Tommy's working in his studio looking for its own sound, even more characteristic... even more devastating... be patient and you'll see... well, you'll listen!