Experiencing real Nirvana – a step back in time

1st of March 1994, Kurt Cobain and Nirvana manage one last show in Munich Germany at Terminal 1. Ironically Terminal 1 was the last stop for Kurt, Krist, Dave and Pat as Nirvana. With Kurt suffering from a Bronchitis symbolically the power went dead during ‘Come as you are’. In retrospect a bad omen for the events to follow in the coming weeks and months. After a brief recess the band picked up where they left off, after 23 songs ending with Heart-Shaped Box.

Three days later the Rome incident, later that month an intervention of family and friends, the escape from the LA-detox clinic, the gunshot… The silence… The Pain… No more… giggly voice with strange humor… razorsharp primal screams… poppy poetics under a veil of melancholy.

The Servants take off where Kurt, Krist, Dave and Pat stopped, with genuine love and feel for the music, live spirit and punkrock attitude. The Servants are a unique and unmatched Nirvana experience, a real tribute, meticulously using all the same gear, clothing, props and energy reproduced even in the smallest details. Let us take you back to 1994 as if that fatal day in April never happened.

Defenders of the Beast 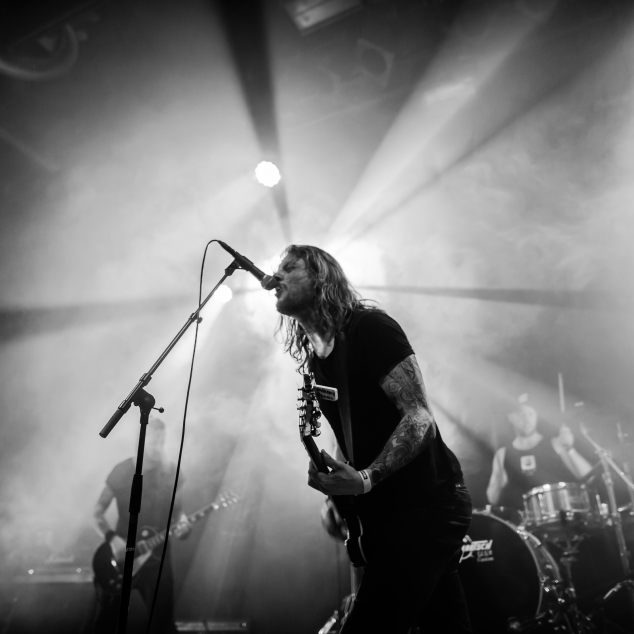