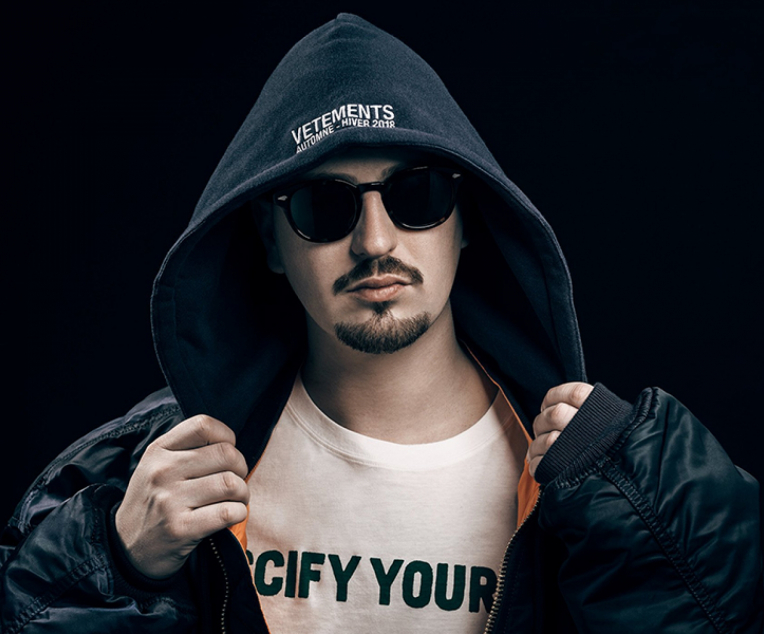 “Germany’s biggest pop star and world-renowned DJ goes by the name of Robin Schulz.” – Stern
“Whatever he touches turns into gold, literally!” – BILD

Black sunglasses, a baseball cap flipped backwards and a laptop: His visual trademarks simultaneously serve as his most important tools. Those and his keen sense for superhits that generate 9-digit streams and have so far enabled him to move crowds across the globe for the past one and a half years. The young man from Lower Saxony is actually more the reserved type, who would much rather stand behind his decks and let his music do the talking. Robin Schulz: A picture perfect career. Making his way from a local secret to the nation’s ‘next big thing’ and finally to an internationally acclaimed mega star. At age 28 the producer and DJ has already established himself as the most successful German club act to date and is now set to lay forth his sophomore album.

Robin Schulz began playing smaller clubs as a DJ somewhere in rural Lower Saxony. Meanwhile, he has travelled the world: Osnabrück, New York, Tokyo. And more importantly, the world knows him. His 2014 breakthrough single, the multi-platinum certified Top 1 remix of “Waves (feat. Mr. Probz)” was a first sign of things to come. Though not even Schulz himself could have predicted last year’s incredible snowball effect and the extent of his current success. 2014 marked the start of a fairytale summer that knew just one name: Robin Schulz. His internationally gold- and platinum-certified follow-up single “Prayer In C (feat. Lilly Wood & The Prick)” went on to become a global hit and write history, with Schulz as the first-ever German artist to reach the #1 spot of the global Shazam charts. Subsequently “Prayer In C” was officially named the “Summer Hit of 2014” and rightfully so.

Building on this success, Schulz went on to release his now gold-certified debut album “Prayer” in autumn 2014, along with the song “Sun Goes Down (feat. Jasmine Thompson)”. Meanwhile Robin Schulz has sold several million records of “Prayer In C”, “Sun Goes Down” and the first single “Headlights” off his new album “SUGAR”, while generating 9-digit streams on Spotify as well as receiving numerous gold and platinum certifications. Numbers, digits and rankings that offer but an abstract image of the global pop phenomenon that is Robin Schulz. After performing at renowned events such as London’s iTunes Festival, the Belgian Tomorrowland, Mayday, the Nature One Festival, Miami’s Ultra Music Festival and the Ultra Festival in Japan as well as doing sold-out tours throughout Europe, America, Asia and Australia, the rather introverted artist has already joined the ranks of the greats. It is no longer uncommon for Schulz to play for 100,000 euphoric party people, sending crowds into a temporary frenzy, wherever he mans the decks. The notorious shades-wearer was even nominated for a coveted Grammy earlier this year among the US entertainment industry’s who is who and went on to take home the German ECHO award as “Best Dance National”. All of these moments have left their mark on his new album “SUGAR”. Thousands of new experiences, thousands of impressions and thousands of inspirations that Schulz has now channeled into 15 new songs.

On “SUGAR”, Robin Schulz performs a uniquely delicate balancing act between electronic and pop music, like few of his peers. Schulz embodies the zeitgeist initially summoned by the worldwide club scene, but which has now outgrown dance culture in its pure form and evolved into a hybrid, at home in specialized press and features sections alike. Whatever passes through his hands is turned into precious metal in record time. Robin Schulz has created his very own, genre-transcending and highly recognizable sound: Deep house with organic instruments, always accompanied by a certain melody. Though Schulz doesn’t see himself as much of a melodic type. “SUGAR” is Schulz taking the next step and delivering his own brand of sweetness to the dancefloor. While his debut “Prayer” featured various remakes of songs by other artists, “SUGAR” is composed of his own productions. Schulz uncut. Robin Schulz has expanded his sound and finetuned it to create the greatest possible diversity, ranging from catchy radio tunes to danceable club tracks. “I created these songs all over the world,” Schulz explains his intercontinental production on “SUGAR”. “I try to recreate most of my ideas on my laptop. First I make a beat, then a framework and then we try to find the fitting songs and vocalists, before heading to a larger studio to produce. I could have named by new album ‘Lufthansa’. That’s how much time I’ve been spending on planes lately. Sometimes I even fell asleep, while working, only to wake up a few hours later with the beat still playing on my laptop…”

Superstar overtime that has already paid off with tracks such as the album’s first precursor “Headlights (feat. Ilsey)”, which saw Robin Schulz quickly enter the Top 10 in Germany. His current single was equally quick to reach gold: “Sugar (feat. Francesco Yates)” is the third #1 single by the Osnabrück-born artist that also entered the German single charts, streaming charts, airplay charts and iTunes charts at #1, besides generating several million Spotify streams and counting. The song’s official music video is currently ranked among the most-watched clips on YouTube and was recently voted one of the “5 Best Dance Videos Of The Week” by music service Shazam, while Robin Schulz’s YouTube channel is officially the most successful German YouTube channel in the area of music. But that’s just for starters. Next to Ilsey and Francesco Yates, “SUGAR” features an array of extraordinary vocalists: Must-watch-talents including J.U.D.G.E. or soFLY are joined by the New Zealand singer/songwriter and actor Graham Candy, US hiphop artist Akon, German producer and fellow DJ Moguai and last but not least, electronic pioneer Moby, with a super rare feature: “I really wanted that to happen,” reveals Schulz, eyes shining. “Seeing as my manager knows his manager quite well, it actually happened quite easily. He was really nice and uncomplicated. As a matter of fact, that is also my favorite track of the album…” Despite his success and countless air miles, this modest statement comes from someone standing firmly with both feet on the ground. That’s Osnabrück tradition for you. Asked what he’s most proud of, Robin Schulz responds: “I’m proud that I still have the same friends and that I’m able to show that in music, everything is possible.”