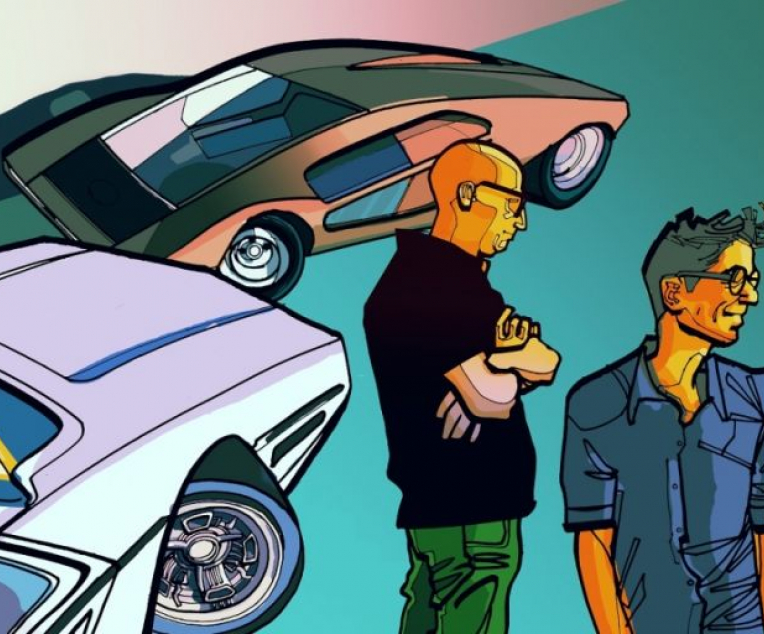 Many beautiful years have past between their first monster hit Give It Up and now. Born as first generation house producers, a complete musical revolution has taken place right in front of Zki & Dobres eyes: From the first simple sampler, to a complete digital studio built into a laptop.
DJ Zki & Dobre; who are they and what are they up to? Two simple but pressing questions which are not easy to answer. The Dutch producers Zki & Dobre- respectively René ter Horst and Gaston Steenkist are responsible for so many productions in all kinds of styles under so many different names that they are extremely difficult to categorize.
Their studio remains their favorite place, but as DJ’s, the clubs is where their music is being tested and where their music should be played out loud! Great examples are I Wanna Be U (2001), A Star Is Born (2003) and Always And Forever (2006) which they released under their alter ego Chocolate Puma.
Lets go back in time a little. For sure a special mission from outer space has helped faith a little to ensure that these two all-round musical guys bumped into each other in the 90s.
Together they produced their first hit; The Good Men “ Give It Up”.
René: We are still very proud of Give It Up. It was created on a small mixer and mixed on broken speakers in Gastons bedroom. Its a unique record that people still sample and play. The whole world knows that record!
Give It Up brings them more then just international dance floors. Their own career goes through the roof. From 1992 till now Zki & Dobre released records like there lives depended on it. In total over 200 releases and 50 remixes for the likes of Roger Sanchez, Stereo MCs, Britney Spears, Copyright, Bob Sinclar, Fedde Le Grand & Funkerman and Laidback Luke.
As DJ’s Chocolate Puma is privileged to be able choose from all these hundreds of records to make sure they maintain and create a unique sound.
The true nature of their inspiration will always be a secret to them but Zki & Dobre have the gift of always reinventing themselves. Some highlights so far: the classic Vallee de Larmes (1993), the Jark Prongo project including Movin’ Thru Your System (1998) and Sweet Little Thing (2001), Chocolate Puma with the floor fillers I Wanna Be U, A Star Is Born and Always & Forever to name a couple. They also gained success with projects like Basco, Klatsch! and Tomba Vira.
One thing is clear though and that is that everything Zki & Dobre create stands for quality. Today a whole new generation appreciates the music of Zki and Dobre without knowing the full history of it.