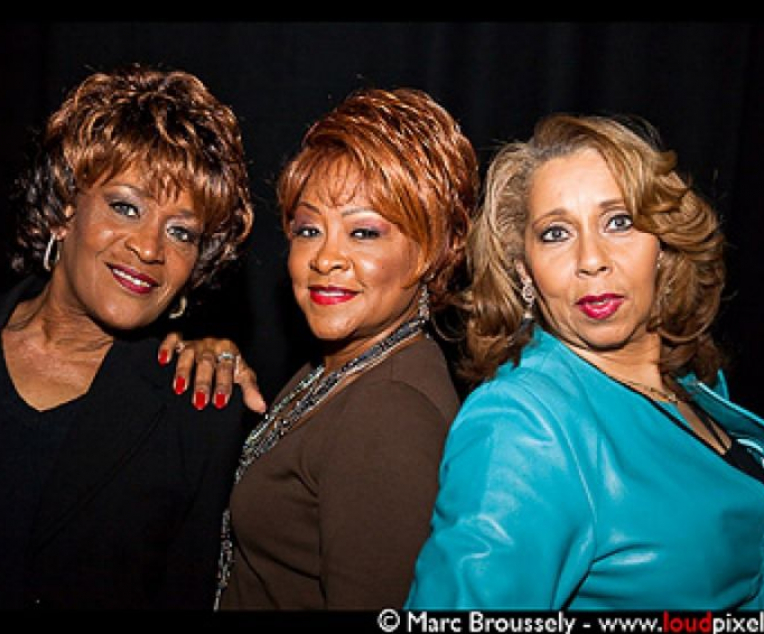 When you hear the name, The Three Degrees, you immediately think of their most famous song, "When Will I See You Again", and the vision of three beautiful ebony women, perfectly co-ordinated in both their dance routines and their vocal harmonies. True, "When Will I See You Again" was a major hit record throughout the world, topping the chart in the U.S.A., the U.K, Japan and most European countries, earning the trio every conceivable accolade at the time -- not to mention enough Gold records to make Fort Knox a little envious!

The actual beginning of the group dates back more than 3 decades, when their then-manager, the enigmatic Richard Barrett brought three young teenagers together in Philadelphia. After a couple of years of constant rehearsing and local record hops, the group made its first mark on the recording scene by way of the Philly-based Swan Records.

But they were tough days for the teenagers! "I remember taking the bus to rehearsals every day," recalls Helen. "We'd rehearse until 8 or 9 o'clock every night and on weekends. And we'd play local record hops whenever we could. Gradually, we started to make noise outside of Philadelphia and we went to Pittsburgh, into Ohio and Rhode Island. Always on weekends, though, because we were all still at school."
During the Swan years, the group's line up was Helen, Fayette Pinkney and Janet Harmon. Their biggest success on Swan was probably "Gee Baby", which featured Fayette on lead vocals. "Those original recordings were quite different from the way we record now," Helen reflects. "We would record with a 'live' band, all in one room at the same time. Only towards the end of the years with Swan did we record our vocals after the band had finished recording the tracks. Many of the musicians went on to become members of MFSB and I remember when Kenny Gamble would come by the office and the studio to tout his songs!
"You know, we were just happy-go-lucky teenagers...we had no big expectations and we did it for the sheer pleasure of music. We just wanted to sing! I remember getting my first TV paycheck...it was for $90 and I thought I'd hit the jackpot. To a fifteen year old, that was a lot of money."

Soon thereafter Helen got married and left the group. By this time, they had signed with New York-based Roulette Records and the line-up was Fayette, Valerie Holiday and Sheila Ferguson and this line-up was to remain intact for their glory years with Roulette and Philadelphia International.

The hits began with a remake of the Chantels 1958 hit, "Maybe" and continued through "I Do Take You", "You're The One", "There's So Much Love All Around Me" (all produced by Barrett) and closed out with "Trade Winds" for Roulette. It was during this two-year span that they made a cameo appearance in the movie, "The French Connection", singing "Everybody Gets To Go To The Moon", portraying themselves in a cabaret scene.

In 1972, they aligned their recording fate with Gamble and Huff's Philadelphia International label and hit immediate paydirt in 1972 with "Dirty Ol Man". Soon after came "TSOP", which featured the ladies with MFSB. The following year came 'When Will I See You Again". "The whole Philadelphia Sound was the brainchild of Kenny (Gamble) and Leon (Huff)," Valerie explains. "They wrote and produced most of the hits...Harold Melvin & the Blue Notes, the O'Jays, Billy Paul, the Intruders. In all honesty, we weren't aware of the potential of the label when we first signed but at our first session with them, we felt the magic. It was different from anything we had ever experienced before.
"To be perfectly honest, I didn't hear "When Will I See You Again"! We had released "Dirty Ol Man" as the first single and, to me, it was just another track on the album! I really wasn't knowledgeable enough to be a good judge.

"I was very disappointed when we left the label. I thought that Kenny and Leon were the best writers and producers we had ever worked with. I liked their work and I liked working with them. To this day, Richard Barrett has never explained why we left!"
During their 3 year stint with Philadelphia International, they enjoyed a good measure of success with "Year Of Decision", "Take Good Care Of Yourself" and, again with MFSB, "Love Is The Message".

It was during this era that the threesome made their biggest forward strides. A great deal of attention has been given to the fact that Prince Charles publicly acclaimed The Three Degree as his favourite group....Charlie's Angels, they were tagged! "It was a great feeling...a feeling of awe," is how Valerie remembers this accolade. "Going to Buckingham Palace was......I'm lost for words! The British royal family was an institution and it really didn't sink in at the time the magnitude of the people we were meeting. But the British people....the actual people...also took to us very quickly and very warmly and that warmth has always remained."

"It was actually the press who tagged us Charlie's Angels," Helen interjects. "I don't know if Prince Charles himself ever said that. But we did many charity events for several members of the Royal Family and we met Princess Diana, of course. In fact, on one occasion, just after she had given birth to Prince Harry and I was pregnant with my daughter, Karis, she whispered to me that she thought she was pregnant, too!"

In fact, The Three Degrees were invited guests at the wedding reception of Princess Diana and Prince Charles. "The only other American guest was Nancy Reagan and (actress) Susan George was the only other show business guest." Helen recalls.

Helen had rejoined the group in 1976, replacing Fayette. They moved on to Epic Records, where one album was released but did not achieve any major success for the ladies. A year later, they teamed up with Giorgio Moroder (he of Donna Summer fame) and a new string of hits began. "Giving Up, Giving In", "My Simple Heart" and the lush ballad, "Woman In Love", were the highlights of this period.
In 1986, Sheila decided to leave the group and after a short period of regrouping, Valerie and Helen brought in Cynthia Garrison and set about their business again. Ever since, they have been constantly touring all over the world, occasionally recording but always working.
Their hard work in the early years has held them in good stead for today's more demanding audiences. "For us, it is still exciting and we still enjoy our work," Valerie points out. "We are blessed with a wide age group appeal....from fifteen to sixty-five. This is why we have survived, I think. We learned and were taught how to entertain and even before we had hit records, we knew how to do our job -- our choreography, our costumes, the lights...these were all things that we learned at an early age."

"I think we have done many firsts in our career."Helen adds. "We have opened a lot of doors for other entertainers. In some cases, we may not have always succeeded but we have never given up. It still amazes me when we see teenagers singing along with our songs. And yet we still have the fans who have grown with us."

Cindy is, after 14 years, still the baby of the group! "It was a little frightening at the beginning," she recalls. "I had sung background for several artists (Millie Jackson, Change, Kathy Sledge and Brandy Wells) but I had never been a full member of a group before. I felt good from the first time I met Helen and Valerie. We got on great right from that first meeting. They were very down to earth and made me feel comfortable. My first tour was to Japan (in 1990) and I remember I didn't know all of the choreographs for the songs....it was difficult but I enjoyed it very much and still do!"

So, after more than three decades of existence, the Three Degrees can still make the claim as being the longest running female vocal group in history....see the Guiness Book of Records for confirmation of this fact! And they show no signs of slowing down! 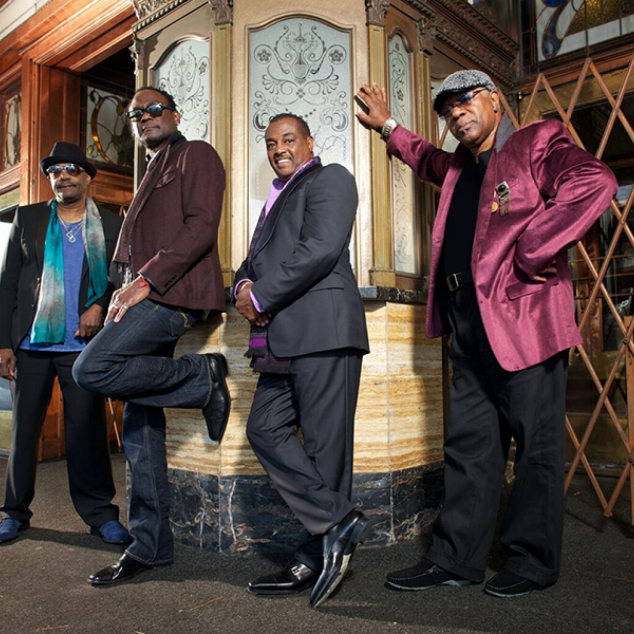 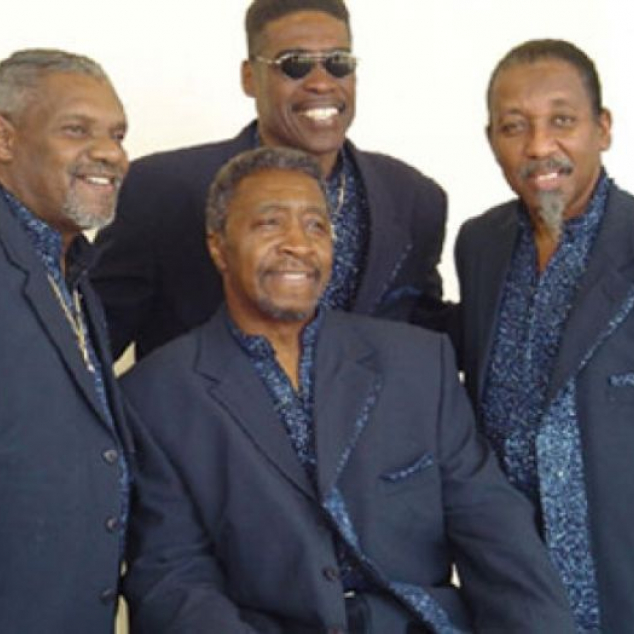