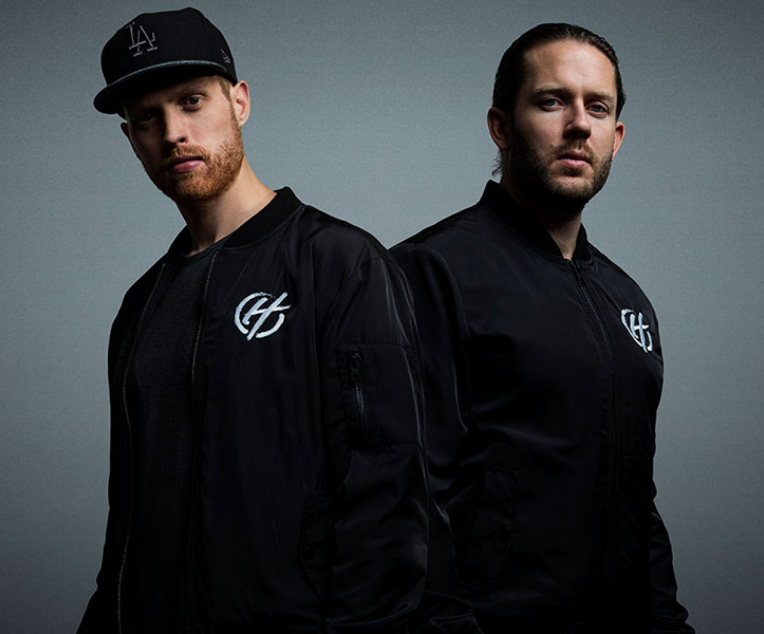 Hailing from Amsterdam, The Him is a music production duo formed by Jeroen Kerstens and Steven Berghuijs, creating buzz with their smash hit singles, official remixes and Midnight Mixtapes. Gaining inspirations from a wide variety of genres, The Him's sound isan infectious union of deep house, indie, nu disco and pop.

In May 2016 Jeroen and Steven released a new banger featuring Gia Kokacalled Don’t Leave Without Me.Within just 20 days of its release, thisoriginalproduction amassed overone million plays on SoundCloud. In addition to their original creations, The Himhave also dropped official remixes for none other than The Chainsmokers, Rudimental, Otto Knows, Shift K3y, Shaun Frank, Jocelyn Alice and Dotan...to name a few.

With almost 80.000 followers on SoundCloud,the popularity of their Midnight Mixtapes–featuring the latest deep housetracks,including their own–continuesto grow each month. On top of that, The Him issupportedand played by some of the world’s greatestDJs, such as: Tiësto, Martin Garrix, Pete Tong, Felix Jaehn, Oliver Heldens, Kygo, Don Diablo, The Chainsmokers and Sam Feldt. Cementing their position in the dance scene, and continuing to grow in their sound,The Him are certainly ones to keep an eye on over the yearsto come.