Are the rumours true? Have Everything Everything gone for the melodic jugular? Is their new single Cough Cough actually a muscular sing-a-long triumph (albeit one about “the injustices that our culture has created for the rest of the world”), and is their second album Arc really the sound of the Manchester-based adventurers turning into radio-friendly unit-shifters?

No. But: “I love radio,” states bass/keyboard player Jeremy Pritchard, and he means it not just because the band placed high on the BBC Sound of 2010 long-list. “I think it’s still the spearhead of British popular culture. But it’s dangerous to say this record’s got loads of radio tunes on it. ’Cause it just sounds like you’ve been writing with a special demographic in mind. But, at the same time, we did want more people to like the new songs more quickly…”

“It doesn’t really work anyway if you try and do it,” affirms singer/guitarist/keyboardist Jonathan Higgs, and he’s not just saying that because the foursome snagged a Mercury nomination for debut album Man Alive precisely because they ploughed their own agit-disco/fizz-rock furrow. “But there is a desire in all of us to have more of a connection. Certainly with my lyrics I feel that; I want more people to look up and go, ‘I know what he’s talking about….”
“Or think, ‘I’ve been touched by that…’” adds Pritchard.
“…rather,” nods Higgs, “than going, ‘what the hell’s he on about this time?’”

Two years since they took shook up British guitar music, Everything Everything – Higgs, Pritchard, Alex Robertshaw (guitar), Michael Spearman (drums) – are back. They’ve put all of themselves into their second album, and taken inspiration wherever they found it. The summer 2011 riots, as viewed from a Salford vantage point, played a part, as did the band’s frontman’s reading up on futurology. Different environments, whether a remote Cumbrian shed or a windy inner-city arena, fed into the process. So Arc features a song like The House Is Dust, a minimal, late-night, drone-ballad with a mellifluous, haunting, high-register vocal from Higgs and an extended, smoky piano fade out.

“The album in general we wanted to be far less uptight and less controlled-sounding than Man Alive,” says Pritchard. “So with The House Is Dust, we wanted to do it as live as possible – and as pissed as possible. And it was much more earthy.”
“We recorded the harmonium outside in the rain,” says Higgs. “You can hear a sheep on the track.”

And the broad church that is Arc can also accommodate a song like Radiant. Echoey, pounding, spacious, we might call it stadium artrock. Its mettle proved during their support slot on Snow Patrol’s early-2012 arena tour, Radiant was demoed in the room at Salford’s Blueprint Studios favoured by Guy Garvey’s mob.

“It’s a big hall, the top machine room of a mill, and Elbow have recorded their last three albums there,” explains Higgs. “And because of the cacophonous nature of the space, you can really hear the sound of the room in songs. That went into the writing. We realised the simpler, clearer stuff is what worked better in that space – but then also we were writing in other smaller, carpeted, shittier rooms. So both halves went into the record.”

Everything Everything toured for a year in support of Man Alive, a bold, breakthrough album that took the sound of, ah, Mathwerk into the Top 20. They were writing as they went, grabbing ideas when they came, always keeping one weather eye on their musical future.

At one point early on, Higgs had retreated to the garden shed at his mum and dad’s house in deepest Cumbria. He emerged with just the one song. But what a song. Kemosabe, the second single from Arc, retains the digi-Timbaland groove that marked out some of Man Alive’s best moments, but adds buzzsaw riffs and a sunshine chorus. As pathfinders songs go, it was a brilliant start.

They finally came off the road in September 2011, closing with a 24-hour flourish involving an Irish festival and an appearance at the Mercury Music Prize awards in London. The band then wrote throughout the winter, before exposing the new compositions to the unforgiving light of the Snow Patrol tour.
Pritchard: “We wanted to know what worked with our fans, with other people’s fans, with people who’d never heard us, with people who hated us. That was a good learning curve. Two days after the tour we started recording with David Kosten.”

Reuniting with the producer of Man Alive was a no-brainer. Who else might get this band who are, by their own admission, a taxing mixture of shyness and control freakery? Kosten – who also worked on the first two Bat For Lashes albums – initially approached the band after hearing their second single (Photoshop Handsome – released on Another music = Another Kitchen in 2009). As the bass player recalls, Kosten said, “you guys are really good and here’s what I think makes you special and if you’d like to record with me, this I what I’d try and achieve”. In all the right ways, shrugs Pritchard, “he seemed to have better a sense of what made us than we did…
Higgs: “We can say things to him that wouldn’t make sense to anyone else. That’s partly ’cause he’s got a similar brain to us – he’s a pretty weird guy.”
To which one might reply: it takes one to know one... So much so that band and producer were a simpatico partnership, with the result that Arc is credited as a co-production between Kosten and Everything Everything.

Have Everything Everything – four clever blokes with smart tunes, a dextrous way with words and sonics, and a visual savvy that has seen Higgs make most of their videos – really made the first 50 Shades Of Grey song?
No. And again, no. Armourland is not perv-pop, despite containing the a line about “I want to take you home and take off your blindfold and show you what I am…”
Pritchard: “We thought that had a slightly creepy context.”
Higgs: “We kind of enjoyed that. It’s supposed to be there – they are lovers, but it’s not meant to be sado-masochistic. Armourland is more a state of mind. The narrative is about being with the one you love in a world that’s falling to bits, literally – society is crumbling, there’s lava flowing in the streets, people are looting and rioting. It’s absolutely screwed… but you have each other. And it’s a celebration of that – wanting to save your other half.”

Armourland was inspired by last summer’s urban riots, of which Higgs had a hooligan’s-eye view: his girlfriend was working in a Manchester hostel for homeless teenagers. Her charges had made no secret of their intent to wreak havoc and take what they could on those hot August nights.
The crash of glass and stomp of underclass anger also fed into Duet. It is, in a way, the quintessential Everything Everything song, being a beautiful, contradictory paradox: a song of sublime, chest-swelling, ear-thrilling glory, flecked out on strings, crashing drums huge riffs and a heavenly phalanx of vocals, backing vocals and harmonies. But also a song of emotional hope in the teeth of societal doom. For a band as underwhelmed as anyone by po-faced polemics, it’s the album’s unashamed high-point.

One final thing. Why the title Arc?
“There’s this microcosm, macrocosm view of it,” says big-thinking, big-picture Jon Higgs. “It’s this journey full of peaks and troughs. Are we, humanity, on a rise or are we on a fall? Looking at history there are good parts, bad parts. And there’s the personal character arc of my life – I am on crest of a wave, or am I down here? I like alluding to his idea of an arc – upwards, but at the same time downwards.”

For Everything Everything it’s the hour for Direct Action. It’s Clarity O’Clock. Or, No Bullshit time. Arc will even feature the band’s faces on the cover.
“Man Alive, in lots of ways, was so much distraction – here’s a fox on the sleeve, but even that’s jittered up, partly destroyed. And it sounded like that – very digital and at arms’ length almost.
“And on Arc,” concludes the frontman, “it’s more a case of: this is who we are. We’re not dressing up as pirates. Here we are, in jumpers. Trying to just keep it real. In,” he smiles, “the most un-hip hop sense…” 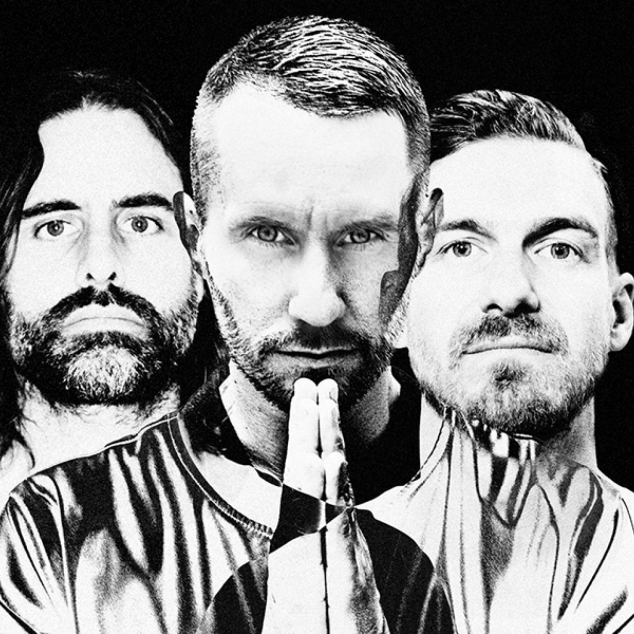 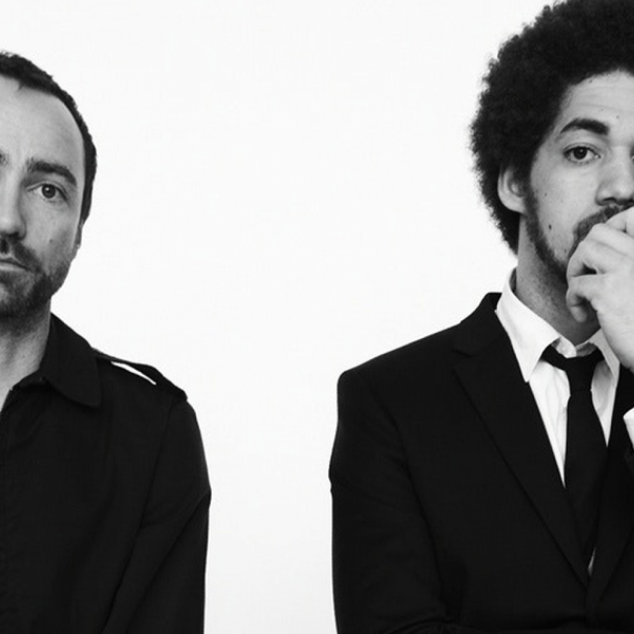