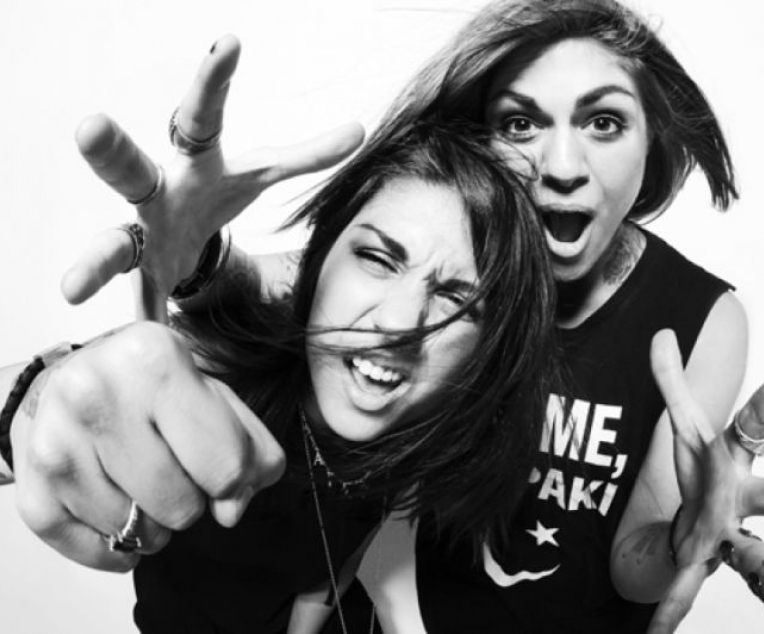 Krewella is a major EDM duo that, until recently, used to be a trio. Formed by Kristopher Trindl and his girlfriend Jahan Yousaf and her sister Yasmine back in 2007, just this year the two sisters have reportedly decided to eject the producer known as Rain Man. The sisters themselves claim he “resigned”.

Musically the group from Chicago combine elements of house, dubstep, hardstyle, techno and drum & bass into intoxicating, attention-grabbing sounds on majors like Columbia.
Their biggest hits to date — ‘Lights & Thunder’ and ‘Set Yourself Free’ — have actually come in collaboration with fellow EDM kingpins Gareth Emery and Tiësto respectively, whilst their debut full-length, ‘Get Wet’ charted in the Top 10 of Billboard's Hot 200 in its first week of release back in 2013.

With more than two million Facebook fans, headline gigs at The Light in Vegas and many more besides, it seems Krewella are here to stay, no matter how many members remain.