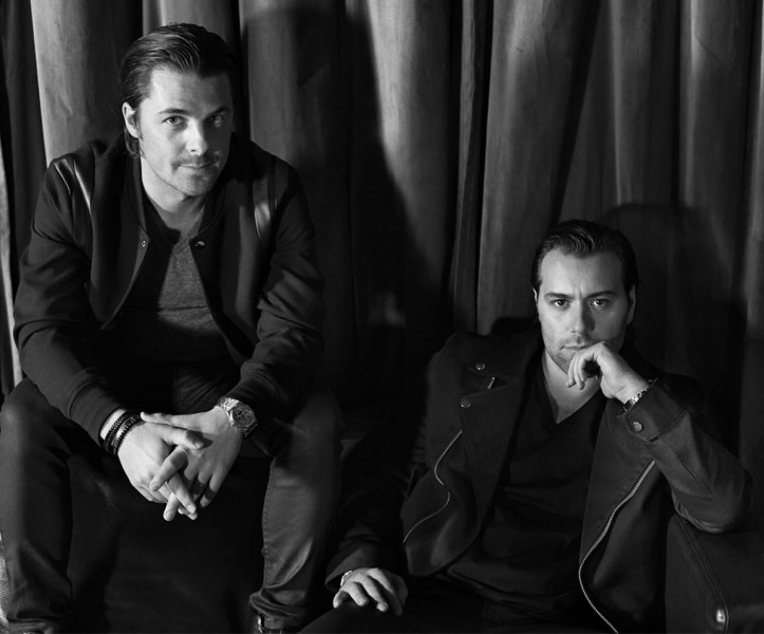 Axwell Λ Ingrosso is a Swedish musical group consisting of former Swedish House Mafia members Axwell and Sebastian Ingrosso. They made their performance debut at the 2014 Governors Ball Music Festival in New York City in June.

Swedish House Mafia was a Swedish electronic dance music trio consisting of disc jockeys and producers: Axwell, Steve Angello, and Sebastian Ingrosso. The group officially formed in late 2008. The supergroup placed at number ten on the DJ Magazine Top 100 DJ Poll 2011 and have been called "the faces of mainstream progressive house music." In the DJ Magazine Top 100 Poll 2012 they were ranked at number twelve. On June 24, 2012, the group announced via their website that they would split up after embarking on "One Last Tour," which ended at Ultra Miami 2013 on March 24, 2013.

Axwell and Ingrosso formed the group Axwell Λ Ingrosso officially in 2014. During June of that year, the band gained prominence among New Yorkers when they began placing clues about their new album in various locations throughout the city. The former Swedish House Mafia manager posted images of some of the clues on Instagram along with a post that stated, "NYC. Let the games begin. Lines of a new song lie on your streets. Only sharing will make it grow. For everyone else who signed up we posted you your part :-)." Ingrosso followed up with a Tweet stating, "watch your mail for post. If you didn’t sign up look on streets of NYC & together we’ll build a song."

Their first performance was in 2014 at the June 8th Governors Ball Music Festival in New York City. The performance debuted music from a new album they announced to release under the name AxwellΛIngrosso the intro music of which premiered on air during Zane Lowe's BBC Radio 1 program. Their performance was also named one of the 15 Hot Governors Ball Moments as well as one of the Top 10 Best Performances by Billboard. They also made an appearance at the 2014 V Festival. The album is also said to be the first for both artists as Swedish House Mafia never released an official full-length album. Axwell and Ingrosso also deleted their personal Facebook pages and created a single page for the group to signify the new partnership.
They recently toured India, as part of Sunburn Arena, where they engaged with the Indian audience. They also showcased a few of their newer tracks from the album they are launching late this year. Axwell /\ Ingrosso have teased and released two singles together, "We Come We Rave We Love" and "Can't Hold Us Down". On 26th November they released their new single "Something New" which was used for the new Beats advertisement.