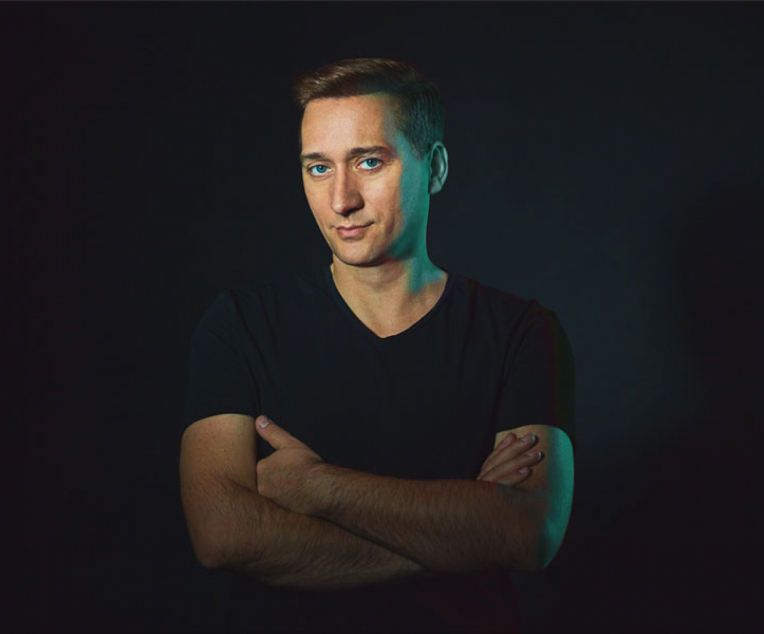 The nucleus: From the origin of a single remix, an extraordinary music career set in motion… Throughout its course, it has given rise to terms including ‘genre creator’, ‘visionary’ and ‘studio maven’, as well as others like ‘pacifist’, ‘activist’ and ‘world-citizen’. All designations regularly used to describe the life and times of Grammy-nominated DJ/producer and dance music icon, Paul van Dyk. Following the scene’s first gleaming, 20 + years ago, he became trance music’s internationally recognized torchbearer. From there he’s gone from vanguard to its single most enduring influence.
The DJ: After a brief spell residing in Hamburg, Paul moved back to his native Berlin at the start of ‘91. He made his first ever DJ appearance in March of that year, during the opening month of fast-to-become-legendary techno temple, Tresor. From there he began to build a spinning career, which, by ‘97 had unlocked the door to its highest echelons. As the twin phenomena of Superclubs and the DJ-as-a-rock-star collided, he found himself not only as trance’s most synonymous producer, but also its figurehead DJ.
A virtuoso performer, van Dyk now circles the globe 16 times each year, entertaining an average 3 million + music lovers along the way. On Barra Beach in Rio, during the 2008 New Years celebrations, he famously spun to an unprecedented (and then record) audience totaling 1.5 million. Van Dyk has held sway over dance floors in every EDM-speaking country in the world. He holds the record for the longest unbroken run inside the ranks of the DJ Mag Top 100, has twice reached the no.1 position and on aggregated positions is the single most popular spinner ever to enter the chart.

The Musician: as a producer Paul’s achieved similar success. In 1994 he recorded ‘For an Angel’, a track that regularly ranks inside electronic music’s greatest-ever lists and 3 years later he remixed ‘Age of Love’, which also frequently features. He continues to build upon one of EDM’s most distinguished remixographies. Artists who have received the hallmark Paul van Dyk remix have included mainstream superstars like Madonna, Justin Timberlake and Britney Spears. He’s also reworked more diverse acts, like industrial metal rockers Rammstein, as well as timeless bands like U2, Depeche Mode and New Order. Van Dyk is also a regular film and game score contributor, which has resulted in many notable OST credits. They have included his rework of Hollywood composer Hans Zimmer’s ‘A Poor Choice of Words’ for ‘The Dark Knight’ soundtrack and ‘Still Alive’ for EA’s groundbreaking ‘Mirror’s Edge’ game. Two decades on from trance-catalysers like his ‘Love Stimulation’ remix, the early MFS releases and his E-Werk & Tresor sets, scene-originator Paul van Dyk now stands on the threshold of his seventh full-length album. The successor to ‘45 RPM’ (1994), ‘Seven Ways’ (1996), ‘Out There And Back’ (2000), as well as the Grammy nominated ‘Reflections’ (2003), ‘In Between’ (2007) and ‘EVOLUTION’ (2012), ‘Politics of Dancing 3’ will be released in early 2014.
Throughout his career van Dyk has amassed numerous international awards for a wide range of activities. Among those are the illustrious Landesverdienstorden (Berlin’s Medal of Honour, given in recognition of his work towards social equality), a string of IDMA wins and Mixmag’s Man of the Year accolade. Even with a heavy tour and production schedule, Paul maintains many altruistic interests. Among them are Rückenwind (Tailwind), his Berlin-based charity, which seeks to maintain a thirst for knowledge in underprivileged children. He also makes time to engage in his longstanding political and social involvements, including work with organizations like Peace One Day, FEED and Rock The Vote.

Paul van Dyk's 'Evolution' & '(R)evolution': In 2012, through his sixth artist album, electronic music legend Paul van Dyk revised perceptions of the PvD ‘sound’. Over the course of the year, ‘EVOLUTION’s multiverse tracklist spawned five single sales chart smashes, an epic, globeâcircling 150+ date tour, sustained fan & press veneration and an everâwidening stylistic scope of DJ support. “When I settled on this album’s title, it naturally related to the five EDM years which have past since ‘In Between’, says Paul. “As much though ‘Evolution’ is a reflection on the longer journey my professional life has taken. One that began growing up behind the Iron Curtain, through to where I find myself today. '(R)evolution', its companion piece remix album, was released in February of 2013.
VANDIT Records & The VONYC Radio Show: As the label owner of VANDIT Records, Paul uses the platform to break the music of likeminded contemporaries, as well as retaining the rights to his own catalogue. A diehard radio devotee, he was one of the first DJs to fully harness the medium to transmit his electronic music message. His long-standing Soundgarden show is now in its twelfth year and he also produces and presents the revered VONYC Sessions weekly broadcast, which airs on 50 stations around the world.
We Are One Festival 2013 & Politics Of Dancing 3: In the summer of 2010 Paul van Dyk brought some of the biggest names in music - Armin van Buuren, Underworld and The Blue Man Group included to celebrate the 20th Anniversary of the fall of the Berlin Wall. This became the first We Are One Festival. One of the most heavily attended arena events to take place that year, it drew many thousands of people to celebrate an incredible moment in his native country’s history.

After sustained and determined campaigning from fans, Paul brought We Are One back, relocating it from Berlin’s O2 World to the historic surrounds of the Zitadelle Spandau in Summer 2013. Receiving an unprecedented response, We Are One 2013 drew a capacity crowd of electronic music lovers from all corners of Europe and far beyond. Such was the unparalleled reaction to the event – Paul van Dyk's first outdoor performance in Berlin since Loveparade – that in November he announced another edition for the We Are One Festival for 2014.

We Are One 2013 also signaled the start of steady rollout of material from a seventh studio album. In the autumn it was announced that ‘Politics Of Dancing 3’ would be an artist album follow-up to the early millennium released PODs 1 & 2 mix-comps. In a subsequent interview, van Dyk said that his aim was to “build a bridge which stylistically and evolutionally spanned the first ‘Politics’ releases and this new decade.” The album is currently slated for release in the first quarter of 2014. 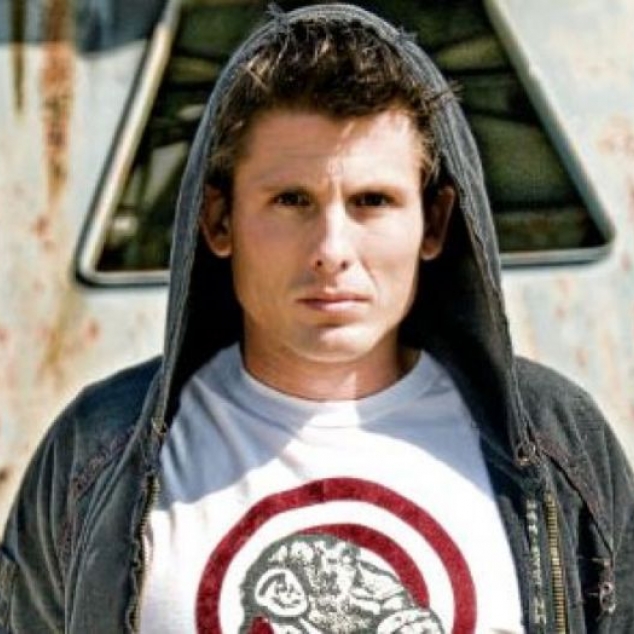