Stars are born, not made. And this is exactly of comes to mind when we think of DJ and producer, KURA. He’s 27 years old and is already the 42nd most popular DJ in the world according to DJ Mag’s Top100 2014. KURA has under his belt several releases for labels such as Hardwell’s Revealed Recordings, Ferry Corsten’s Flashover Recordings, MYNC’s Cr2 Records, Robbie Rivera’s Juicy Music, Nicky Romero’s Protocol Recordings, and Armin Van Buuren’s Trice/Armada Music, as well as Ultra Music, among others, and lots more are on the way. Add to this his remarkable charisma and talents on a DJ booth and you have the key ingredients to make it in today’s competitive and worldwide electronic scene.
It’s rather curious for a DJ that names Axwell, Nicky Romero, Hardwell and Alesso as his main references when it comes to music production to have been introduced to dance music through Carl Cox’s Fact 2 compilation. But facts are facts and it’s rather refreshing to have new talent rooted on pioneer work! Kura was 11 years old when his attention got captured by a classmate’s Walkman playing “Fact 2”. This was the first electronic dance music CD bought by young Kura, and the dance music expedition began. By the early 2000s he started going out to clubs and his attention grew sonically to the disco filtered french touch of Martin Solveig, Modjo, Black Legend, and of course, to the big beat of his all-time musical heroes, Daft Punk. Growing up with such musical diversity had a long and withstanding effect on Kura: he loves music whether it’s underground or commercial, as long as it’s good and strong, he’ll surely and happily play it. The high school’s radio station was just one step ahead and that’s where Kura began to select records and play them for an audience.
By 2005 he landed on his part time job at a skate shop near the beach on the outskirts of Lisbon. Luckily for the rest of us there was a DJ booth at the shop, and when no one was around, Kura would play and practice on it. Opportunity knocked and Kura started to organize parties, just to play, in Cascais’s club, Coconuts. His first DJ residency came along and he became Bahaus resident DJ for 3 years. Having to play regularly before a crowd created the emergency for music production – “I needed my own edits. I needed to change what I didn’t like or thought wouldn’t work on a dancefloor” – he states. His first bootleg was a hit among his peers – Sydney Samson’s “Work It” on Hardwell’s remix crossed with Bob Marley – made a dancefloor stomper and soon after his fellow DJs were asking him for the bootleg. More edits came along and his music production skills were starting to be noticed. Kura upgraded to Logic Pro 8 and made his first original track, “Russian Guitar” that was picked up by none other than Portugal’s first and finest label, Kaos Records.
His name grew as a DJ and he was invited to play as a resident DJ at Lisbon’s Kapital, and then at the summer club, Tamariz, and then to Gossip, a 1.500 people capacity club in Lisbon. Production wise his tracks and remixes were coming out regularly and the invitations to play in other clubs started to come in, it was time to leave his residencies and focus on a freelance career, and that’s what Kura did. As his productions got stronger his invitations to play in bigger & better clubs grew.
The international breakthrough would come with his track “Brazil”. Roger Sanchez picked it up from the thousands of promos he usually receives and played it on his infamous Release Yourself Radio Show. The track was released and Kura’s name became the one to keep an eye on as the fastest riser on the Portuguese EDM scene in years. But it wouldn’t be only Roger Sanchez to notice Kura’s music production talents, Thomas Gold would also play Kura’s “Polaris”, “Love Will Find You”, a remix of “Nightrain” as well as a bootleg of Adele signed by Kura on his radio show. Besides these Kura also got support for his tracks from Hardwell, Nicky Romero and EDX, amongst many others.
By early 2012 he had caught the eye of many in the industry and was invited to join the Swiss based agency WDB Management.
During 2013 his releases were stronger than ever. “Odyssey” and “Venom” through Tiger Records, the amazingly soulful “Undefeatable”, “Roll The Drum”, “Devious Behaviour” and “Bumbershoot” through Flashover Recordings. Most of these tracks reached high places in Beatport’s sales charts and “Bumbershoot” had the support of giants such as Hardwell, Axwell, Afrojack and Ferry Corsten, among others. 2013 was also the year that witnessed Kura rise as one of the most wanted DJs in his homeland, Portugal, and an international rise that took him to perform in countries such as Brazil, Italy, Switzerland, Luxembourg, among others.
2014 begun with Kura at the height of his production and DJ career with two amazing distinctions: he released “Sabotage” through Trice Recordings, an Armada Music label; and he received the award for Best Portuguese DJ in Radio Nova Era’s annual awards. By mid-year he would release through Nicky Romero’s own Protocol Recordings and by October debuts in the American giant Ultra Music with a remix for MAKJ & Lil’Jon. October also brought “Blackmail”, collaboration with American duo Halfway House, and his première on Dutch soil with the performance at Panama Amsterdam during the Amsterdam Dance Event. As well as the revelation of DJ Mag’s Top100 where he was placed, for the first time, on the 42nd spot, the 5th highest direct entry of 2014 and the highest entry ever for a Portuguese speaking DJ.
2014 is KURA’s year! 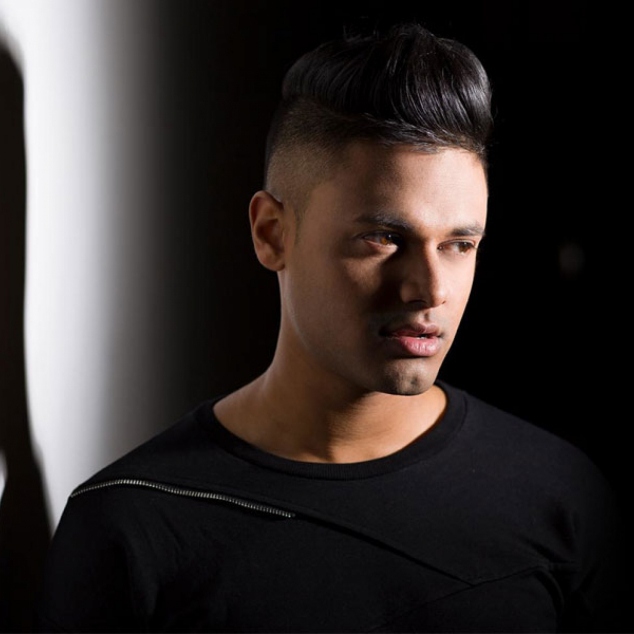