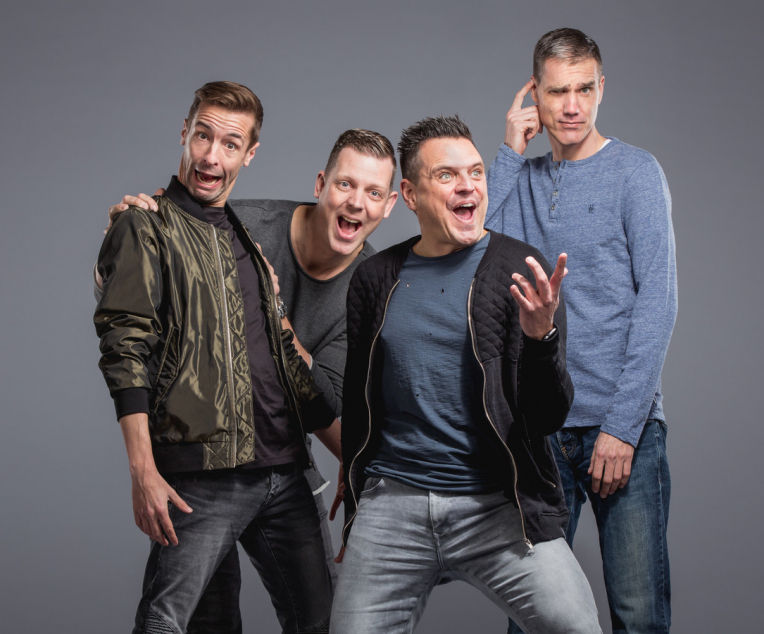 Donkey Rollers, Hardstyle Rockers!! A statement that has been fully brought to life by the live-sensation of today's hardstyle scene.
Over the past years Zany, Jowan and MC DV8 have proven that Donkey Rollers is the way to go if you need a party to go off beyond reason.

Their story of success started when Raoul van Grinsven and Michel Pollen combined forces in the recording studio back in 2001. Their individual production-skills emerged into what we nowadays call the typical Donkey-sound.

After the classic 'Motherf*ck', a series of hardstyle bombs followed and their success forced the Donkey Rollers to make their way out of the studio and on to stages all across the globe. Raoul (Zany) and Michel chose their Fusion-buddy Jowan to join Zany on stage and asked hardstyle-vocalist DV8 to join the crew. Both Jowan and DV8 rose up to the challenge to make Donkey Rollers the most energetic hardstyle act around.
With a base of evil sounds produced in the recording-studio and a crazy-ass live-crew Donkey Rollers set foot on new evolving grounds. After rocking big Dutch rave events like Sensation Black, DefQon1, Qlimax, Decibel Outdoor, In Qontrol and HardBass, Donkey Rollers made their way to the international dancefloors. Conquering Europe was the first step and soon Australia followed, leaving hardstyle fans from Moscow to Sydney screaming for encores. Nowadays Donkey Rollers has a serious live-reputation to uphold, but they attend to that with joy. If you haven't seen them on stage before, make sure you'll get your ass kicked by the Donkey's soon! Peace!