Arty has created an opus that connects thousands. His melodic masterpieces have formed a community of faithful fans, music authorities and the dance elite who all look to him as the future of dance music. Together, we have watched in awe as a prodigy has progressed into a producer beyond his years and at the age of just 23, he is still developing, honing his craft for the love of music. Building on every record with the natural flair of a true composer, his tracks mesmerize crowds at every stunning live turn. Cultures and creeds amass in all four corners of the globe and now wait in anticipation for what masterpiece the darling of the EDM world will conjure next. With attention reaching hysteria, this year will prove Arty the master to meet the hype. In 2013, together we are stronger.

The dizzying heights of Billboard to MTV and Armin to Axwell who all clamor for his music seems a far cry from the quiet town of Engels where Arty spent his early years. Here he grew to the soundtrack of Orbital, Tong and Above & Beyond with dreams of bringing the same love to electronic music. Sharing the stage with his heroes now in the most coveted locations, Arty never forgets his humble beginnings. From anonymity, Arty has placed Russia on the dance map.

Bursting on to the scene with certified stunners ‘Get On’ and ‘Gentle Touch’ under his belt, Above & Beyond’s Anjunabeats swiftly plucked him from his small town obscurity and gifted the early prodigy his first breakthrough in 2009. What followed was a master class in how to seize your opportunities and evolve with huge hit after huge hit. With a distinct and creative relationship spanning right up to today, he and Anjunabeats have shaken the dance world with the incredible smashes, ‘Around The World’, ‘Kate’ and 2012’s ‘Open Space’. Always pushing diversity to the max, he has gone on to release ‘Trio’ via Axtone and not least, ‘Must Be The Love’ through the amazing Armada imprint, and so with a sterling 24 months racked up, Arty cruised into his 2nd straight Top 30 finish in the sought-after DJ Mag Top 100 poll.

Leaving no territory untouched by his magic, the ‘Together We Are’ radio show stormed the airwaves on the mammoth SiriusXM from Summer 2012 right up to today. Showcasing his back catalogue of enormous smashes and the acts Arty admires coming up through the ranks, TWA continues to pick up pace…

At the turn of 2012, Arty’s achievements in the studio, on the stage and over the airwaves stood tall with an open space amongst the dance elite beckoning. After his finest year, fans agonized for what the start of 2013 had in store; what masterpieces the young producer would drop. As the true professional, Arty not only delivered but superseded all expectations and today he takes his place amongst the royalty of the electronic dance world with his finest opus, ‘Together We Are’ with Chris James. Far from just a record, ‘Together We Are’ was a journey and an exercise in perfection. Constant devotion to a cause produced an “emotional connection across a field of thousands” (Billboard) and a record that holds a special place in people’s hearts. Bringing people together in London, Miami, Sydney, Singapore and more, Arty’s music touches fans from all walks of life. With ‘Together We Are’ still riding high as this year's anthemic smash, the journey is far from over yet…

As if one masterwork on the airwaves is not enough, Arty quickly fired a surprise release alongside Top DJ in the world, Armin Van Buuren. ‘Nehalennia’ dropped to the dance world’s delight and cemented Arty as a great, able to stand up to the greatest.

Taking the role of one of the dance elite and bringing together the world with his genius production in just 4 short years, what could possibly be next for Arty after achieving so much? With masterpieces set to astound throughout the year, the future for Arty only gets stronger and stronger, as the Arty community grows and grows. 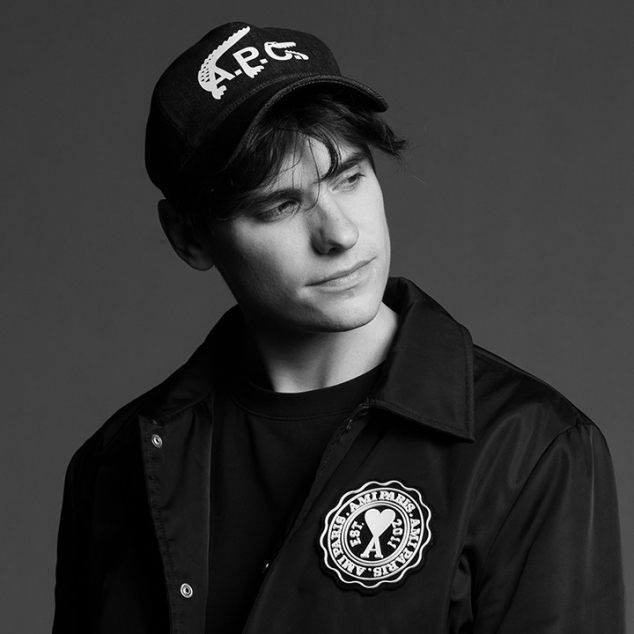