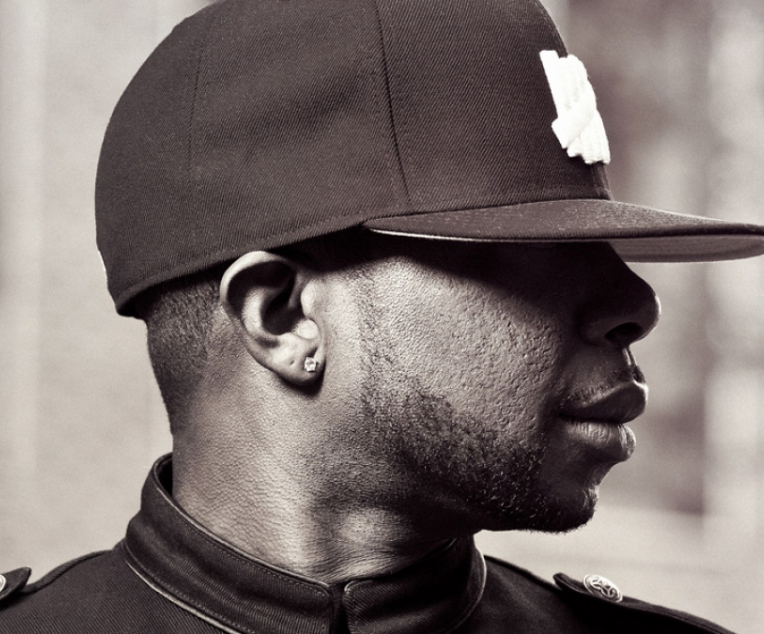 Ambush developed an interest in music while growing up in Long Island New York, in the mid 80's. Before becoming a vocalist, he played the Tenor Saxophone in his middle school band for a few years, until he became introduced to a new music genre called Hip Hop. He knew in his heart that he had found his musical style, when he first heard Erick B & Rakim's track “paid in full”.

After completing high school in Texas, Ambush joined the Army in order to finance an own Album. After a four year run and being stationed in The Netherlands, he was introduced to a young DJ in the early stages of his career, that needed an MC for a show one night. Since that first meeting, Mc Ambush was born and he began to make his mark through Europe along side Chuckie !

Ambush has an incredible talent for free styling. As the years carried on his skills were enhanced, especially during live shows or sets, which made him stand out next to other artists. Noticing his skills, Chuckie introduced him to some popular live bands in Holland with which Ambush toured the world, entertaining crowds of different ages, ethnicity, and gender. The bands travelled to a series of clubs and festivals across Holland, Aruba, Bonaire, Curacao, Tunesia, Taiwan, Japan, Germany, Belgium, Columbia, Spain,St. Martin St. Eustasius.Besides MCing at different parties, Ambush also helped young talents with their hip hop skills, offering rap classes to the Dutch youth in Den Haag. In the course Ambush explained the elements of Hip Hop and helped with writing, recording and performing. After an 8 week course the students skills were showcased each year at The Haag Hip Hop festival.

In 2003 Ambush rapped to Chuckieâs remix of Kevin Lyttle's "Turn Me On". The track reached top 10 in Holland and hit the pole position in the German DJ Charts for many weeks. The major success of the song led Ambush and his co-workers from “Turn Me On” to found the group "RMXCRW”. An album with several remixes and a tour through Holland, Germany, Asia & the Carribean followed, while the group opened for Ciara, DJ Kool, Destiny Child, Akon and Sean Paul. The group also did various collaborations with artists like DMX, Red Rat and Mr. Vegas.

In 2007 Ambush started to focus full time on his solo career, releasing different types of music other than Hip Hop, which broadened his performance abilities. After a few years of adjusting and coaching from the young DJ this unusual style is being more and more accepted after this yearâs visit to Miami, Las Vegas and unforgettable sets in Amsterdam with Lil Jon & Chuckie @ Pacha Ibiza F**k me I'm Famous, Cannes, & London Carnival.His project “Pressure”, an electro house song with Jamx Beam & Vace (Germany) that was released this July 2009, reached the top 10 of the British Dance Charts in its second week. “Pressure” was also the last song played on Mysteryland main stage 2009 and will be released in the U. S. in October 2009.

Currently Ambush is busy working on many different projects with various producers and DJ's, with releases coming from all genres of music. One of these collaborations together with DJ Obek & Albert Neve called “Atun Con Pan” ended up in the top three of „Song of the year” at the Spanish Music Awards. More releases will follow in 2011 together with DJ Obek and other international artists!

The past year Ambush travelled around the world, performing in countries like Holland, Australia, Thailand, Japan, Marokko, France, Spain, Greece and Austria! Hosting some of the hottest parties and if you ask Ambush about his recent, most memorable events, these come up;

As Ambush continues his musical journey, he has no boundaries and no speed limits… If he likes the sound, Ambush will get down. This versatile artist lights up the club scene with his energetic performance and proves that true talent is not restricted to a single genre.