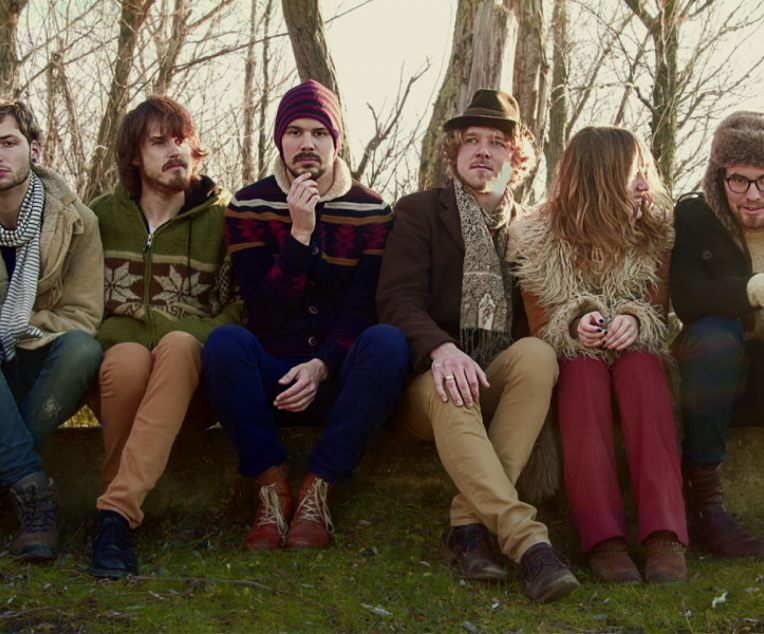 The Cosmic Carnival is a colorful Rock & Roll band with a strong live reputation, being hailed by critics as one of the most exciting and promising acts of The Lowlands. Despite the many influences, mainly from the 60’s and 70’s, their original material sounds fresh and unique, carefully blending many different genres into their own genuine sound. Deep bass, funk organ, scorching guitars, accomplished by rich vocal harmonies. It’s groovy, it’s funky and it rocks!

From live in your living room to the big festivals, The Cosmic Carnival played over 300 gigs in their first five years. If not on the road, the band is using their untamed passion for music in the studio, working on ideas and creating new songs. Their first album `Change The World Or Go Home’ (2012) was getting rave reviews after being released, praised as `Dutch Glory!’ in the press. `Their songs force you to dance and sing along. And if not, they might as well force you to dream away. Either way, it’s good!’

In 2014, sophomore record `Mon Cher Amour’ was presented with a stunning visual performance, to merge with the album’s dreamy atmosphere. `A beautiful, psychedelic pop record’ and `a strong album with the most versatile sound’, Dutch magazines wrote in their once again unanimous positive reviews. The band toured Morocco (2010), New York (2011), Greece (2012/2013), Thailand (2014), Sweden (2015) & Sziget (2015) and will be exploring new parts of the world next year, after the release of a new double-live-album coming August 28, 2015.

Thrilled for new adventures, The Cosmic Carnival is ready for take-o