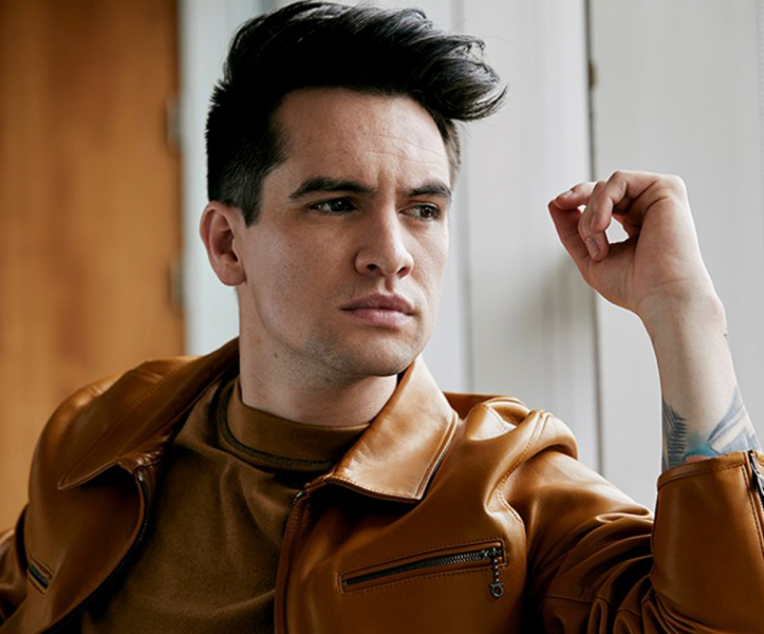 First they infected us with A Fever You Can't Sweat Out, then they captivated us with Pretty. Odd. and now it's Panic! At The Disco's turn to remind us why we fell in love with them in the first place. With Vices & Virtues, their first album as a duo, frontman/multi-instrumentalist Brendon Urie and drummer/percussionist Spencer Smith have proven that their best ideas are just starting to get realized—and the disc not only marks the beginning a new era for this Grammy-nominated, Las Vegas-based rock act but in many ways also rings in a new period of musical and emotional growth that shows no signs of subsiding.

Panic! At The Disco began writing the follow-up to 2008's critically acclaimed opus Pretty. Odd. a year-and-a-half ago, however once they entered the studio with acclaimed producer John Feldmann (The Used, Neon Trees) in California, they quickly realized that so many songs were pouring out of them that they literally couldn't stop the process if they tried. "It just felt right to keep at it so we wrote 15 more songs in the studio with John as we were recording," Urie explains. Afterward the band headed to the West Coast to add some "accents with Butch Walker (Weezer, Pink), but ended up pushing out their older material and replacing it with new songs during those sessions, too.

"We never expected to record more songs with another producer [after working with Feldmann], so it was very unexpected but equally awesome," Urie admits. That isn't to say that the band faced some uncertainty when two of the group's founding members decided to leave in 2009. "There was a month or two where we didn't have any material or direction and that was scary," Urie recalls. "It took a lot of work to get up every day and just try to make the best record we could—especially because we hadn't written in so long—but once we found our groove it seemed like nothing could slow us down."

The result is Vices & Virtues, an album that effortlessly bridges the gap between the energetic pop anthems of their debut A Fever You Can't Sweat Out and the psychedelic leanings of Pretty. Odd. while simultaneously showing a progression that's evident in everything from the album's arrangements to its instrumentation. "It's always been important for us not to copy what we've done in the past," Urie says, "the songs on Vices & Virtues are very stylistically diverse and that happened naturally. There are songs that have a jazz feel and then rock songs with strings and hyper-energetic moments, too. It's really all over the place."

From the breezy pop of "Ready To Go (Get Me Out Of My Mind)" to airtight groove of "Hurricane" and over-the-top grandiosity of "The Calendar," Vices & Virtues shows a new side of the band without sacrificing the identity that they've worked so hard to establish over the past seven years. "It was definitely different to have two voices instead of four, but Spencer and I have such a comfortable dynamic together that really helped when it came to the whole creative process," Urie explains. "It took quite a bit of time figuring out which of these songs to put on the album and it was definitely a learning process, but I'm glad we did it the way we did because it helped us prove to ourselves we had the talent to pull something like this off."

This fact is stridently evident on the album's first single, "The Ballad Of Mona Lisa," an upbeat anthem that proves that Panic! At The Disco's knack for writing the perfect pop hook has only grown stronger over the past few years. "That song started as a bridge and chorus that I had kicking around on my laptop—and when we're in the studio I showed it to Butch and he really liked it but we didn't know where it should go from there," Urie recalls. "But once we started playing around with that track it felt really natural and I think that song signified a fresh start for us in a lot of ways," he continues. "It's similar in the vibe and energy of the first record and it really proved that we could just have a good time and not care what other people think."

Lyrically Vices & Virtues is also an intensely personal record for the band, despite the fact that some of the messages are cloaked in metaphor and wordplay. "A lot of the songs are very straight-forward about what we're going through but there are a few that have a little more a fantastical presentation," Urie says. "It was important that we were excited with the words on this record and that they touched us in some way," he continues. "A lot of the albums we were listening to while we were making this record have a verse about one thing and a chorus about something else, but it doesn't matter as long as the song is good and I think that discovery gave us carte blanche for chaos… so we went nuts."

When you look back on Panic! At The Disco's musical career, the one constant is the fact the group has never been the type of act that's easy to categorize and Vices & Virtues continues in that tradition, which is something the band couldn't be more thrilled about. "I love that we don't fit in to one genre because we've never wanted to limit ourselves creatively because that's the best part of being in a band," Urie explains. "When we're making music we're not thinking about pressure or expectations; we're thinking about making the best record possible and giving our fans something they've never heard before," he continues.

"If we didn't have our fans' admiration we wouldn't have the creative vision to do any of this so we're eternally grateful to them," Urie summarizes. "It's an amazing feeling to do something like this for as long as we have and still have people out there who are excited to hear it and want to support us. We couldn't ask for anything more."

Panic At The Disco boeken? 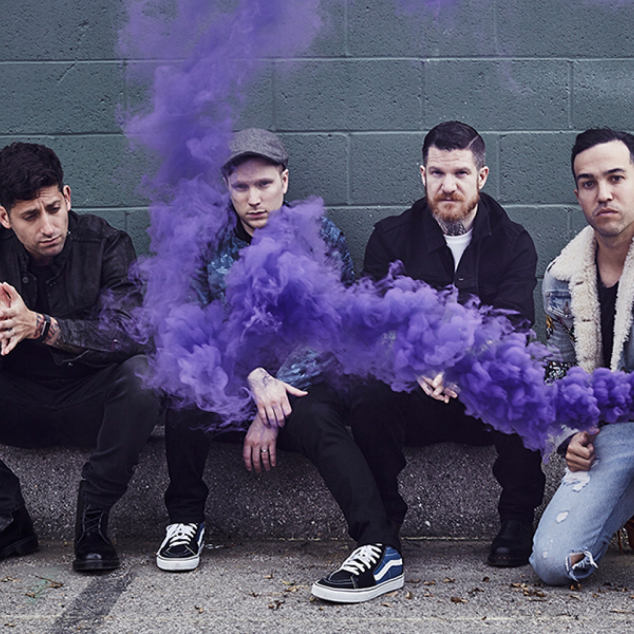