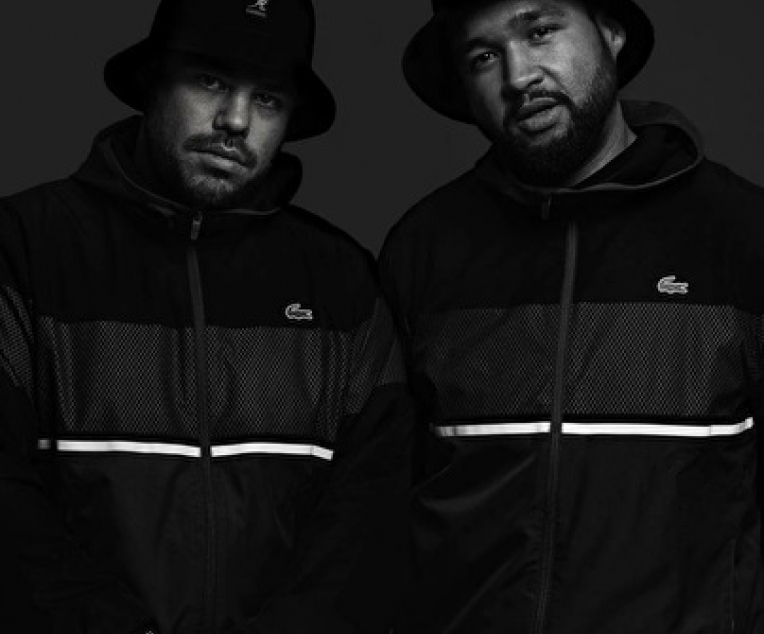 Sometimes house party hangs can be a perfect meet-up point for creative minds to click; and even though Samir and Diego, a duo behind Moksi, is a perfect example of it, the success didn't come until they actually focused on working as a team numerous years later.

Moksi's music is a kaleidoscope of screaming leads and bass face perfect - subwoofer loving drops. For those guys influence starts with the 90's UK garage classics and all that goes with it. One of the first tracks, Getting Higher, the two collaborated on, was noticed by Yellow Claw. Soon after that, Moksi were working on a debut EP Brace Yourself. The two guys gathered in the studio to experiment a few melodies with no high expectations and have a little fun. Seems like the je ne sais quoi attitude turned into something huge.â€¨Not only Brace Yourself EP lit social media platforms, was teased on YC's MIX 8, but got massive live show exposure from high rollers in the game. Moksi are also those lucky ones or maybe even the only ones who can say that their first DJ gig was at Tomorrowland. Guided by the Barong Family professionals, Moksi went back to the studio to branch out and embrace their creativity, which after only a month resulted into a sophomore EP "The Power of Moksi", which is a 4 track set infused with incredibly hard hitting drops, has already gained a lot of support by the heavyweights of the scene.

Followed up to both of the EPs, their remix history includes YC's Till It Hurts, No Class, OWSLA'S biggest dance record of 2015 Deep Down Low, and counting.

What's next for Moksi? With a pocket filled with new songs the duo has a lot more to offer and jump into touring mode around the globe.