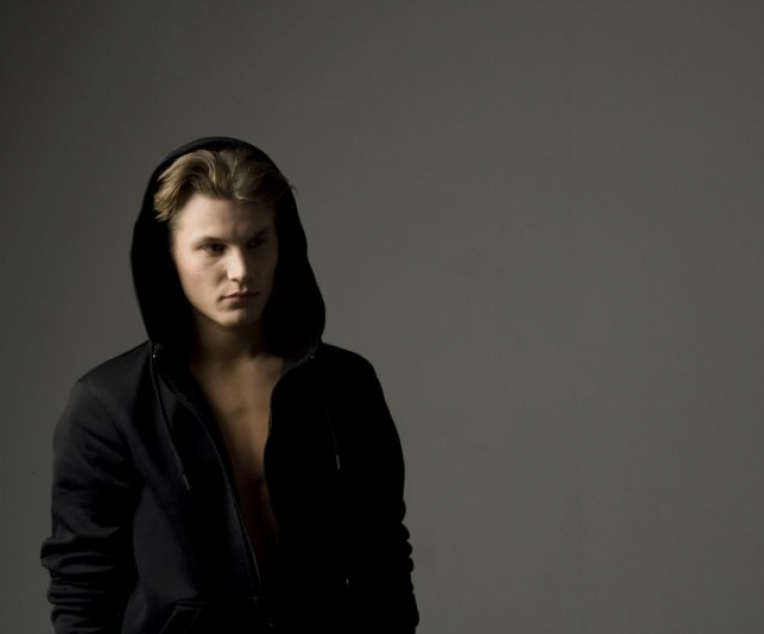 We can tell you a lot about Jasper Kuijper. Or as you may know him as JAZ von D. Born in Leeuwarden, The Netherlands. Which is so far North, it’s basically Sweden.
And though he’s 24 years old, he’s been in the game a long time. Taking his first DJ steps as a resident at the age of 17 in the legendary Club Noa, Holland’s most popular club at that time, where he would grow into the club’s leading DJ. Not long after that, he got noticed by Sunnery James & Ryan Marciano. In the company of the duo, he managed to grow quickly into Holland’s biggest talent. Within a few years JAZ went from a club of 1000 people, to festival shows with a crowd of over 20.000. He went touring with Afrojack & Armin van Buuren, played a sold-out David Guetta show before the man himself and managed to get a TomorrowWorld stage completely packed at the beginning of the day. JAZ von D knows how to play the crowd, that’s for sure.
Production-wise, it’s likely even better.
JAZ von D is the man behind ‘Dinosaur’, ‘Firefaces’, ‘Into The Wild’ & the recent chart monster ‘Prophecy’. His music got played by the likes of Hardwell, Steve Angello, Nicky Romero, Sunnery James & Ryan Marciano and many others. No surprise that Sony & Universal requested remixes for the likes of Maroon 5 and more.
Now that you know everything about the old Jaz von D, let me tell you about the new JAZ von D. The one who took a year off, so he could put his heart & soul into new music. To experiment with new techniques. To create a new visual identity. The old Jaz von D knew how to perform at a show, the new JAZ von D is bringing his own show.